Design proposal for an Environmental Sculpture

I was invited in Spring 2013 by a neighborhood group of the French Carmel neighborhood in Haifa, Israel, to submit a design proposal for an empty plot looking out over Haifa Bay. 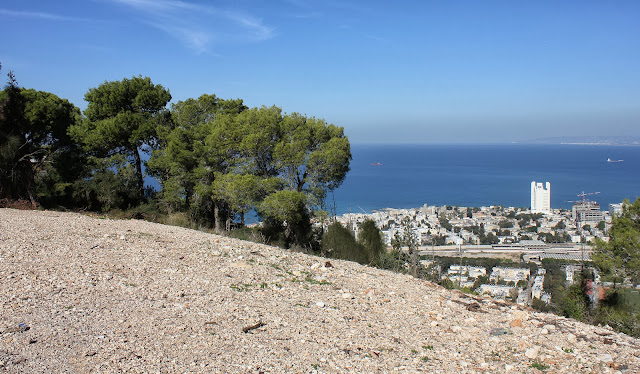 The design was to fit in with an existing landscaping plan by the Haifa Municipality: 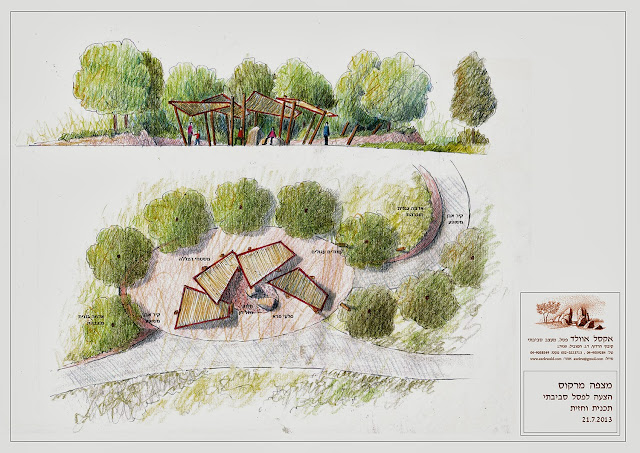 Photographs of the scale model: 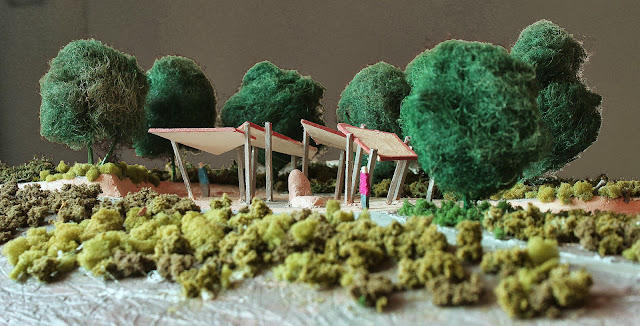 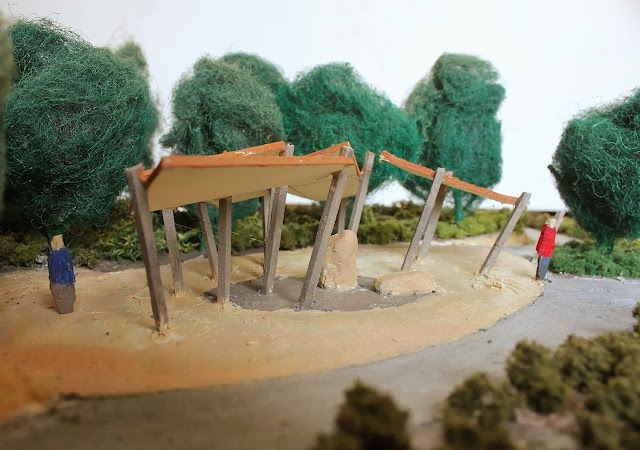 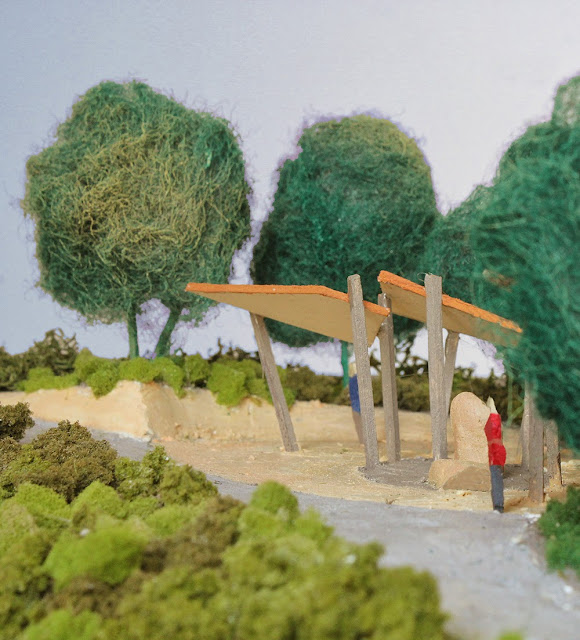 The proposal is currently awaiting approval by the Haifa Municipality.

I was commissioned to plan a private garden for a private home in the small village of Allonei Abba near Kiryat Tivon in the lower Gallilee region of Israel. The house, which stands on a property of approximately 1 dunam (1/4 acre) with a beautiful view over the Yizrael Valley, was recently bought and renovated by the owners. The owners recognized the special quality of the site and approached me with the request to design a garden with artistic qualities, which was to include a major water feature. This fits in well with the natural slope of the site.

The design features a 20 meter long water course, including a wetland for ecological water treatment and two ponds; a Japanese style gravel garden, a Mediterranean herb garden and a geodesic dome made of branches.

During the course of August work started on the water course. The ponds, the wetland and the stream were completed in the end of August and this phase of the development could be finalized with  planting in major part of the garden.

I had been asked by the Harduf Community to re-design and update the existing playground area for small children. An overall master-plan for future development was to be created, including the addition of innovative playground equipment, additional landscape features, improved access and other elements.

The new sculptural play-elements are to include:a wooden ship, a railway, a climbing sculpture, a labyrinth and an extension of the existing pond, including running water and a bridge.


Work on the playground started in Spring 2013. The upper part of an oak tree which had died a year ago was cut down and used as raw material for the artist to carve a climbable sculpture. The lower part of the trunk remained to be transformed into a sculpture as well.


The basis for the labyrinth was built of interwoven branches, creating an undulating tunnel of varying height.
Then willow cuttings were planted along the walls of the structure and these given generous watering.

Soon the willow cuttings were leafing. And within two months the whole structure had become a green, living tunnel, giving shade and providing an exciting space for children to explore and to hide in.


The next project was the construction of the spring and the water-course. This was built by the artist, using pond-liner, local lime stones, river bolders and cement.

The water landscape was completed by the addition of a beautiful bridge, built by local craftsman Avichai Ronen.